Home - News - Will a new approach to taxation appeal to Labour policy-makers?

Will a new approach to taxation appeal to Labour policy-makers?

Coming towards the end of a year of political uncertainty, perhaps the only 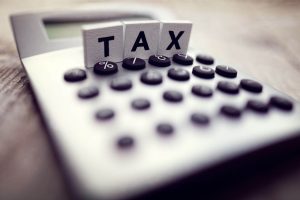 thing most commentators will agree on is that a General Election will be happening soon. When exactly is open to debate, but Parliament is fractured and things aren’t getting any better. At the moment, the UK is in a stagnant rut, and while there may be light at the end of the tunnel that light seems a long way from where we are now.

In the coming weeks and months, you can expect yet more manoeuvring from parties on all sides of the house. Many long-established MPs will be looking over their shoulders when the election happens because it seems there are very few safe seats to be had any more. If there are policies that will appeal to voters, you can be sure they will be considered carefully by all.

One of the hottest of hot potatoes during any election year is taxation, and an influential political think tank has recently released new proposals that could easily find their way into the Labour Party’s election manifesto. The proposals put forward by the Institute for Public Policy Research (IPPR) could affect millions of Britons in the coming years.

Combining tax and NI contributions for all

Perhaps the most wide-reaching of their suggestions involves the merger of income tax and National Insurance contributions. Instead of making separate payments, we would pay one single payment to cover both areas, and this would be on a sliding scale depending on your individual earnings. Instead of coming under different bands, the scale would rise from 2% for lowest earners to 50% for top earners.

The proposals suggest this change should be actioned in a way that brings the same money into the Exchequer as we currently see now. The end result, according to the IPPR, is that the majority of working people in the UK, somewhere around 80% of the workforce, would see an increase in their take-home pay, while the wealthiest 20% would of course see a reduction.

Another proposal by the IPPR involves changes to capital gains tax (CGT), in principle suggesting that wealth should be taxed in the same way as income. Whether or not these points are included in any manifesto remains to be seen, but if you have any concerns about the way you pay tax both now and in the future, it would be a good idea to call 01382 480 488 and have a chat with our team.