The latest Scottish Budget proposals from Scottish Finance Minister Derek Mackay were announced in December, and there were some interesting items among them. Perhaps the most noticeable proposals of all were in relation to the personal income tax structure in Scotland. 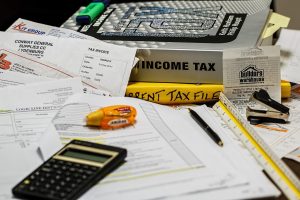 The starter and basic rate thresholds have increased in line with inflation, but the higher rate threshold is likely to stay the same. This is a direct contradiction to changes being made in the rest of the UK, where thresholds are due to increase to £50,000 from April 2019. In Scotland, they will remain at the £43,340 level for at least another twelve months.

Such a move will be applauded by some, of course, but it should be noted that the divergence in rates between Scotland and the rest of Britain will continue to increase. Mr Mackay says freezing this threshold will increase funding for public services by an estimated £68m.

Will the proposals be popular enough to become reality?

Other taxation changes include a revamping of the replacement system for stamp duty in Scotland which will increase duty payable for buy to let investors and owners of holiday homes by 1%. Council taxes will again be allowed to rise by up to 3% across the region.
There are several more proposals of note, including:

Initial discussions and voting on these proposals will begin in earnest in the New Year, but there is no guarantee that they will be accepted. The SNP is a minority administration at the moment, so they will need some help from other parties to pass everything that’s on the table.