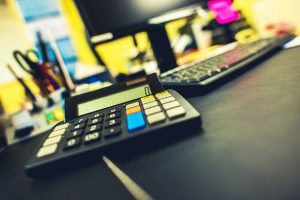 Recent changes to the laws regarding off-payroll employment are likely to have a major effect on the way many companies operate, and this will have serious implications in many sectors of industry. By the time April 2020 comes around, some organisations may find themselves in breach of regulations that they didn’t even know existed.

The extension of the IR35 rules has already started to have an effect with some companies. Both HSBC and Barclays have been pondering the way they outsource third party service providers, because when the new rules come into effect they could find themselves with more tax and NI obligations than they would like.

In the Chancellor’s 2018 Budget, an extension of the off-payroll rules was included, and now that the rules are less than six months away many commercial organisations are having to sit up and take notice. The issue at hand, in simple terms, is that the end-client is likely to be responsible for collecting both tax and National Insurance contributions.

To avoid this, proof of status must be obtained for the contractor and, where appropriate, any agency that’s involved. HSBC have already made contact with contractors and informed them of their intention to stop engaging those who work via limited companies. In effect, many of them will have to make the switch to PAYE employment or move on.

While the practical handling of the new legislation may prove difficult, especially in the early stages, the intentions are undoubtedly honourable. New rules are being brought in to ensure contractors in the UK pay the same tax and NI contributions as those who are directly employed by the same company. The responsibility for making this happen will now fall to the companies who employ them rather than the individuals themselves.

It should be pointed out that the legislation isn’t particularly aimed at individual freelancers who provide a service directly to businesses up and down the country. It’s targeted more at those who operate through an intermediary company, usually a personal service company (PSC). Many people currently doing this are working on a full-time basis for a single organisation already.

Three BBC presenters recently fell foul of IR35 legislation, and as a result were ordered to pay over £900,000 in unpaid taxes. The presenters were contracted to work for the BBC via a PSC, and the decision by the court could have a rippling effect in various industries in the coming months and years.

To find out more about the changes being made to the IR35 rules, have a chat with our friendly team today. FourM offer reliable, friendly advice for individuals and organisations on all financial matters. We hope to hear from you soon.